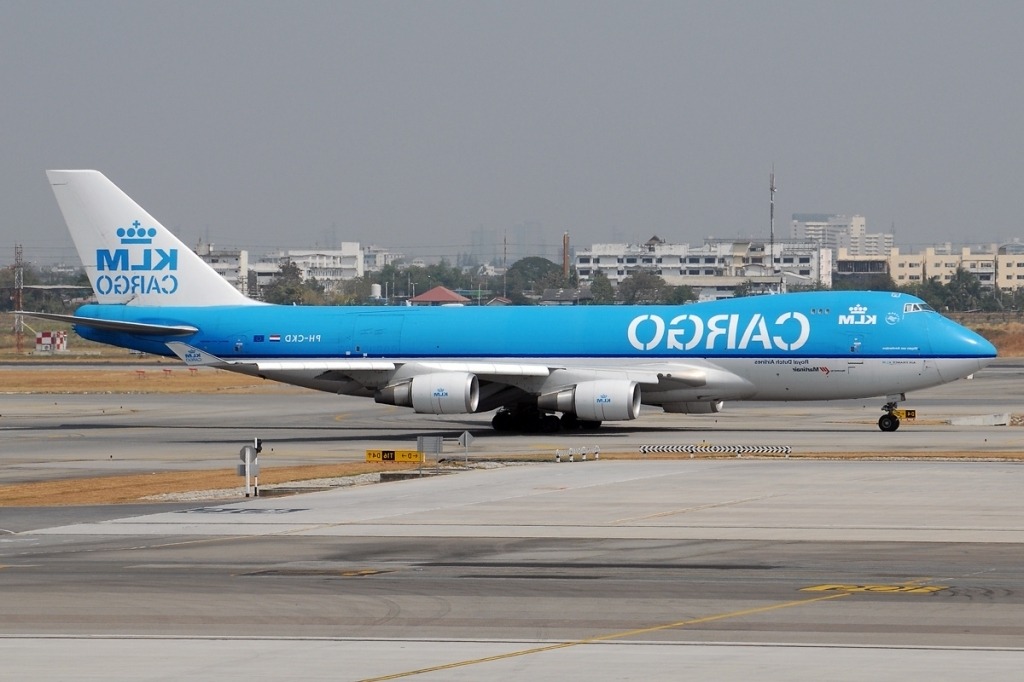 Boeing received the first order for the 747-400 freighter in 1989, from Cargolux Airlines International, based in Luxembourg. In April 2004, Cargolux placed an order for its 14th 747-400 freighter. Cargolux has reported that the freighters are operated on average over 16 block-hours a day.

More than 120 747-400 F freighters are currently in service with air cargo companies worldwide. 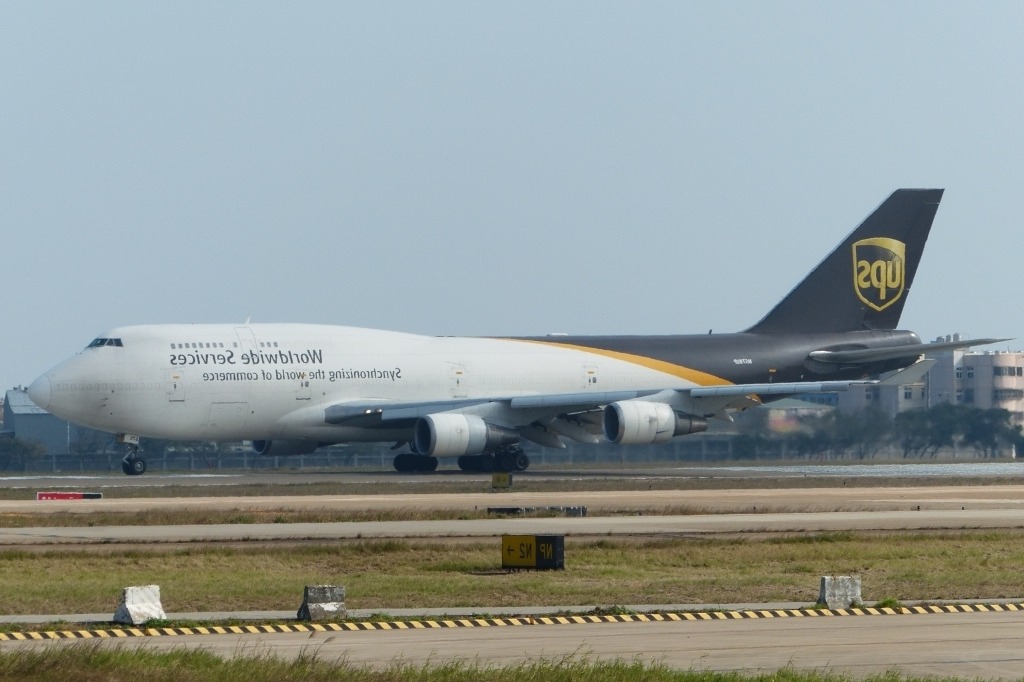 In November 2005, Boeing launched the 747-8 aircraft, including passenger and freighter versions. 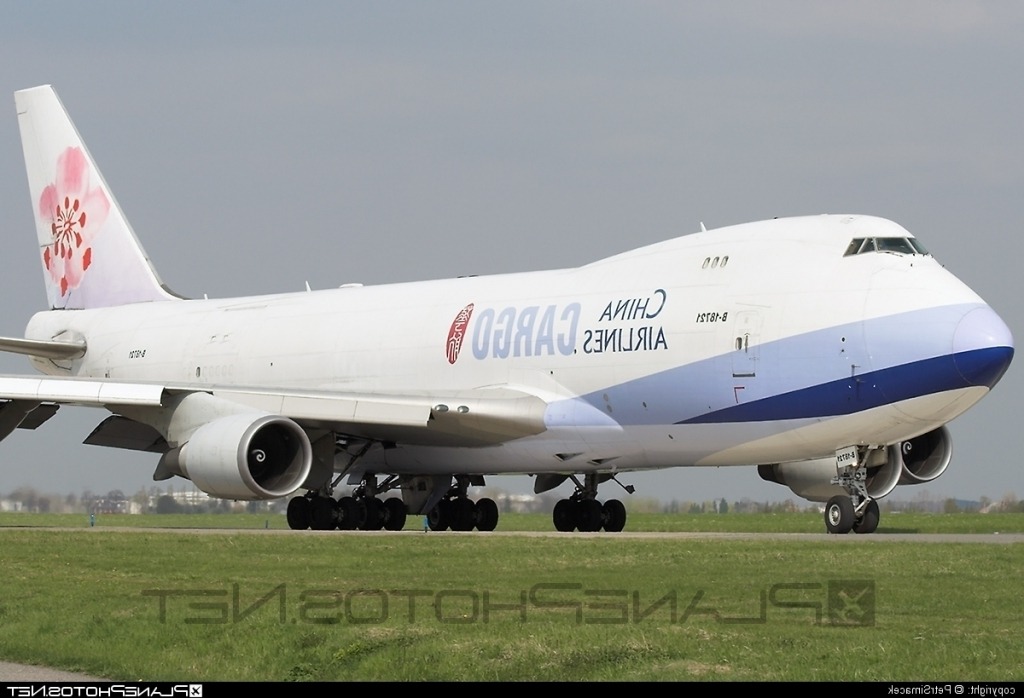 The Combi has a large side-cargo door behind the left wing and equipment that removes passenger seats and installs cargo tracks, allowing the option of carrying cargo in containers on the main deck behind passengers.

Boeing developed the 747 large cargo freighter (LCF), or ‘Dreamlifter’, for transportation of the large composite structures of the Boeing 787 Dreamliner for final assembly. Evergreen Aviation Technologies Corp (EGAT) is converting three 747-400 passenger jets to large cargo freighters at its facility in Taipei, Taiwan.

The entire aft fuselage of the plane has been modified to swing open for loading and the upper fuselage enlarged to provide a volume of 65,000 ft ³( 1,845 m ³ ), three times the capacity of the 747-400 freighter. The 747 LCF completed its first flight in September 2006. The first LCF aircraft began transportation of Dreamliner parts in January 2007, the second in April 2007.

The third will follow later in 2007. The 747LCF Dreamlifter received US Federal Administration type certification in June 2007.

The cockpit accommodates two pilots and has additional two seats for observers or for crew under training.

The fuselage cross-section of the 747-400 freighter is optimised to carry the maximum cargo with a minimum total container weight. The freighter is fitted with a large cargo door and a nose cargo door which allow efficient use of the aircraft’s large internal volume and a shortened loading and unloading time.

The aircraft carries up to 30 pallets on the main deck and 32 standard LD-1 containers and additional bulk cargo in the lower cargo hold.

The 747-400F has the same upper deck as the 747-200F and includes a revised upper deck floor for two additional 3.1m-high pallets on the main cargo deck.

The upper deck access ladder was relocated, and the guide rails and the tie-down systems revised to accommodate the additional pallet position in the nose of the 747-400F. The changes result in an additional 21.9 m ³ of cargo deck space on the main deck compared to the 747-200F.

The holds are equipped with an improved powered cargo handling system.

In May 2004, it was confirmed that Nippon Cargo Airlines would be the second customer with an order for four converted freighters. In May 2005, Air France ordered the conversion of three of its Combi aircraft to the Boeing converted freighter configuration.

To convert the 747-400 passenger jet to a freighter configuration, a side cargo door, supplied by Mitsubishi Heavy Industries (MHI), is fitted. The layout is identical to the production freighter.

The main deck has a capacity for 30 pallets and the upper deck can seat up to 19 people. The main deck floor is specially strengthened and lined. It features a new cargo handling system and revised avionics.

There are four main fuel tanks in the wings, a centre wing tank, a tailplane tank and reserve fuel tanks in the outer wing sections. The maximum fuel capacity is 216,846 l. The auxiliary power unit is installed in the tail section. 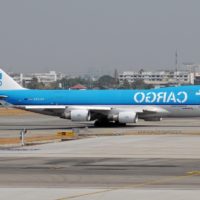 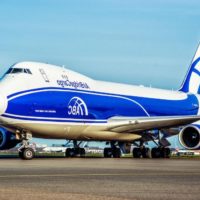 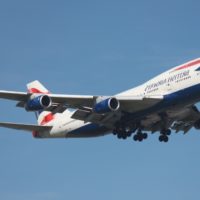 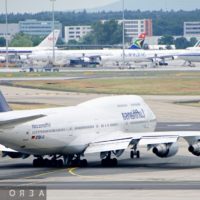 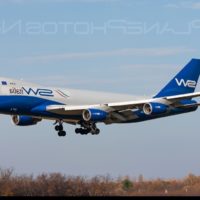 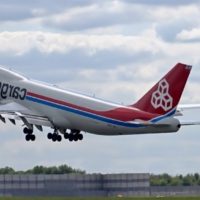 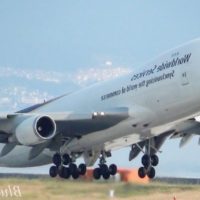 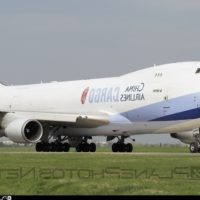 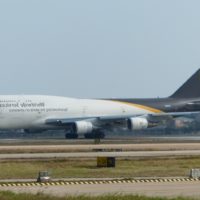 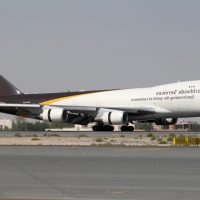