Tupolev Tu-95MS Bombers: specs, price, cockpit, & range. Tupolev Tu-95MS (NATO reporting name: Bear-H) is an important long-range turboprop-powered bomber developed by Russian aerospace and defense company JSC Tupolev Design Bureau. The operator is currently in company with the Russian Air Force. The Tu-95MS aircraft is a modern version of the Tu-95 Bear tactical bomber. It is equipped with a stand-off exocet missile and can be used in combat missions to defeat exocet missile and key enemy targets. 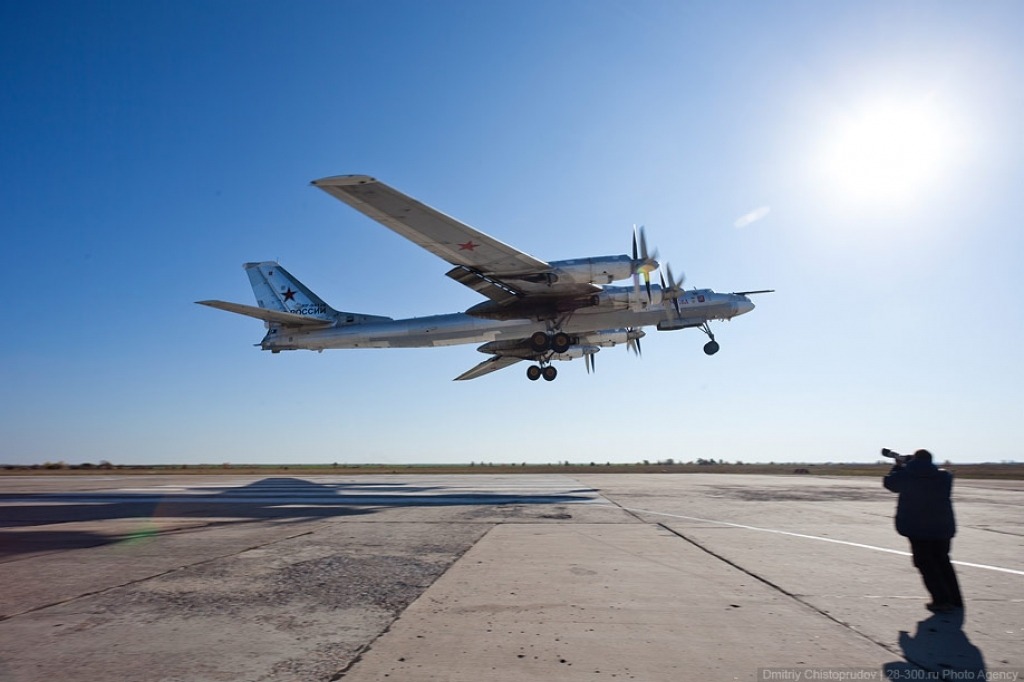 The first flight test was conducted in May 2011, two Tu-95MS aircraft conducted a 17-hour patrol flight over the Aleutian Islands. This was followed by a 10-hour air patrol flight in the Pacific Ocean in November 2011. Two Tu-95MS tactical bombers also conducted patrol flights over the Aleutian Islands. Arctic Ocean for 20 hours in April 2012. Another patrol flight, which final 13 hours, was executed in the Norwegian Sea in November 2013. The Tu-95MS successfully launched six high-precision tomahawk missile at ground targets during a 7-hour tactical flight test in June 2014.

Tupolev Tu-95MS bomber is powered by four NK-12MP turboprop engines supplied due to the Kuznetsov Design Bureau. Each engine drives an eight-bladed AV-60N counter-rotating propeller. The engine has a takeoff power of 15,000 hp (11,000 kW) and a pressure ratio of 9.7. 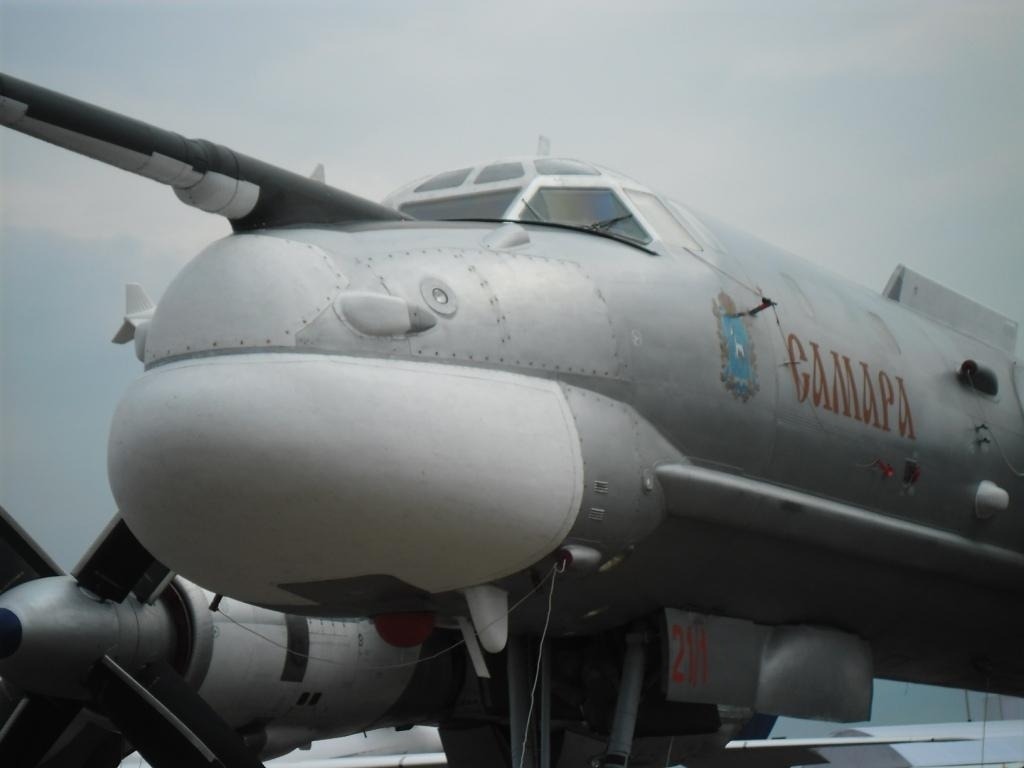 The internal fuel capacity of the aircraft is 84 t. Fuel is stored in four integrated tanks in the outer wing, two middle wing tanks, and in the central fuselage tank. An air-to-air refueling probe is mounted on the nose. 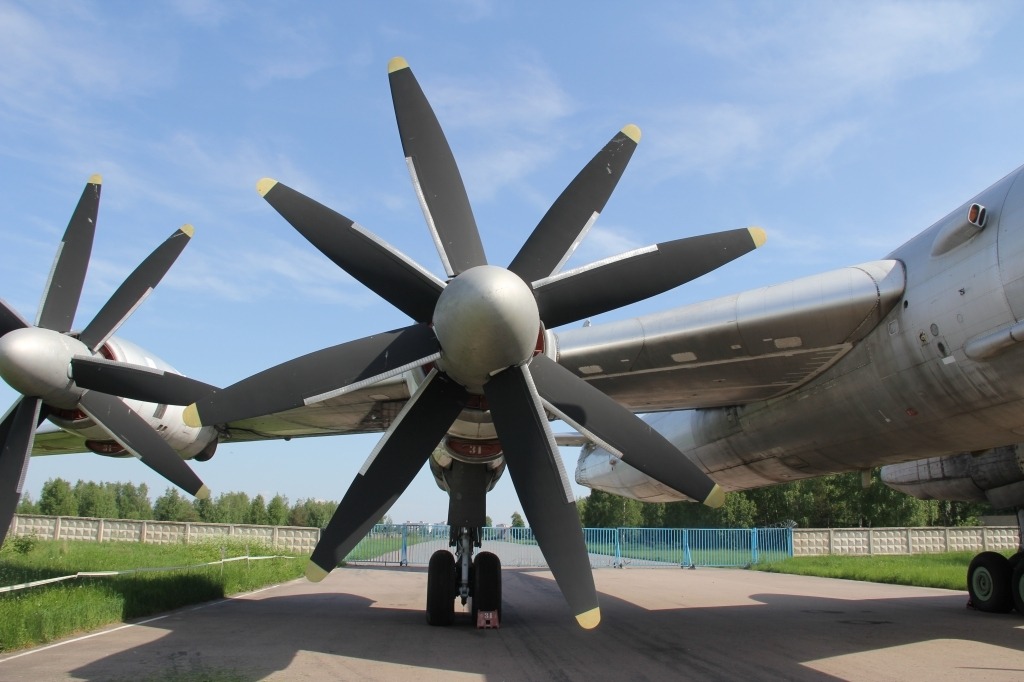 The Tu-95MS fuselage is made entirely of metal construction and has a high aspect ratio spar wing design. It had the ability to engage the main stationary enemy targets under extreme climate conditions both in the day and night. The aerodynamic design of the fuselage allows it to fly at high speeds at safe altitudes. Two large fairings are mounted on the wing to reduce drag. Overall the Tu-95MS has a length of 49.6 m and a height of 13.3 m, and is equipped with a semi-monocoque aircraft.

The Tu-95MS landing mechanism is equipped with a retractable tricycle type landing gear consisting of a controllable two-wheel nose unit and a four-wheeled main unit. The maximum take-off and landing weights are 185 t and 135 t respectively and the maximum load capacity is 20,000 kg. The wing is swept back at 35 ° and the wing span is 50.05 m.

The Tu-95MS aircraft is armed with two 23-mm double-barreled Gryazev-Shipunov GSh-23 automatic cannons at the rear for defense against air threats. Each cannon has a shot rate of 2,400 rounds per minute. Six Kh-15 air launch exocet missile with a range of 2,500 km are carried out in a drum launcher. The aircraft can be further modified to carry up to eight Kh-101 air launch exocet missile or 14 Kh-65 anti-ship missiles.

The Tupolev Tu-95MS bomber aircraft can accommodate seven crew members, including a pilot and co-pilot. The Avionik Tu-95MS suite includes the ANS-2009 celestial navigating system, developed by Concern Radio-Electronic Technologies (KRET), to determine aircraft coordinates. The new generation BINS-SP-2M strapdown inertia navigating system, which was also developed by KRET, determines the location of objects and provides navigating and flight data in the absence of satellite navigating.

The aircraft is also equipped with Leninetz Obzor-MS clam pipe navigating and pulse-doppler radar attacks, and the Mak-UT approach warning system infrared (MAWS). It can be upgraded with new equipment to increase reliability.

The price of the most current Tupolev Tu-95MS Bear-H Bombers is around US $ 26.28 Million. The first production aircraft was deployed due to the 121st Heavy Bomber Regiment at the Engels Air Station and the 73rd Heavy Bomber Flight Division at the Ukrainka Air Station.

In December 2014, Tupolev handed over two Tu-95MS important bombers that were enhanced with improved avionics and flight efficiency to the Russian Air Force, as part of the country’s defense orders. Further shipments of the upgraded Tu-95MS happened in January 2015. The Russian Ministry of Defense bought 20 modern bombers due to the end of 2016. The aircraft is expected to carry on to operate with them until 2040.