Chengdu J-10 Fighter Jet: Speed, Specs, Price, & Cockpit. The Chengdu J-10 is a fourth generation multirole fighter aircraft developed by the Chengdu Aircraft Industry Group (CAIG), part of the China Aviation Industry Company I (AVIC I). In the West, the J-10 aircraft is considered as the Strong Dragon. The J-10 aircraft were produced for the Chinese People’s Liberation Army (PLA) including the army, navy, air force, and strategic rocket forces. The J-10 fighter is a replacement for the J-7 and Q-5 which is currently still operated by the Air Force (AFPLA). 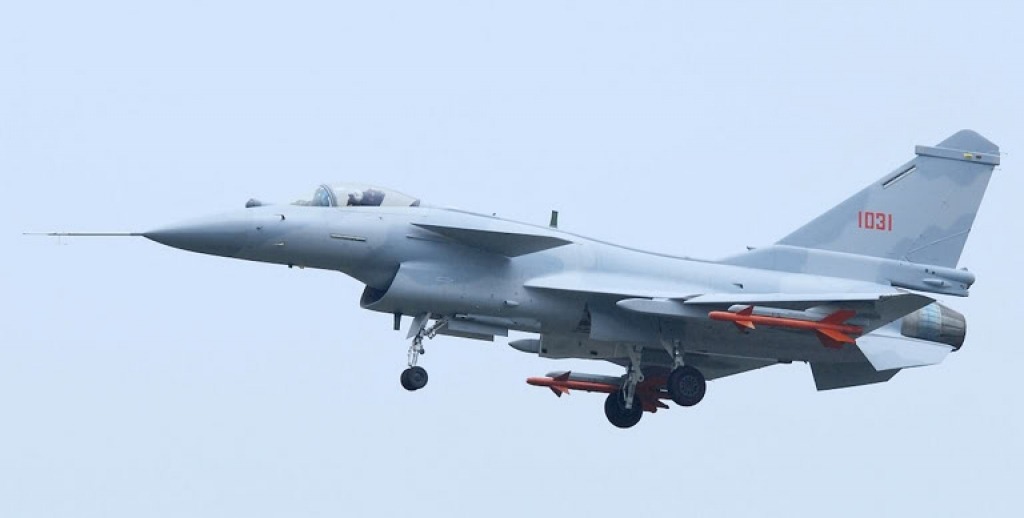 The first flight of the Chengdu J-10 one-seat variant was performed in 1998, while the two-seat variant made its first flight in 2003. The Chinese government officially announced the J-10 in February 2007. The first original fourth-generation J-10 aircraft was launched by air force in April 2010.

The Chengdu J-10 fighter is powered by an AL-31 turbojet engine supplied by Saturn Lyulka. The first prototype and series aircraft from production aircraft were equipped with AL-31FN which developed 79 kN and 123 kN with afterburn, and which are currently used in Chinese Su-27 and Su-30 Air Force aircraft. 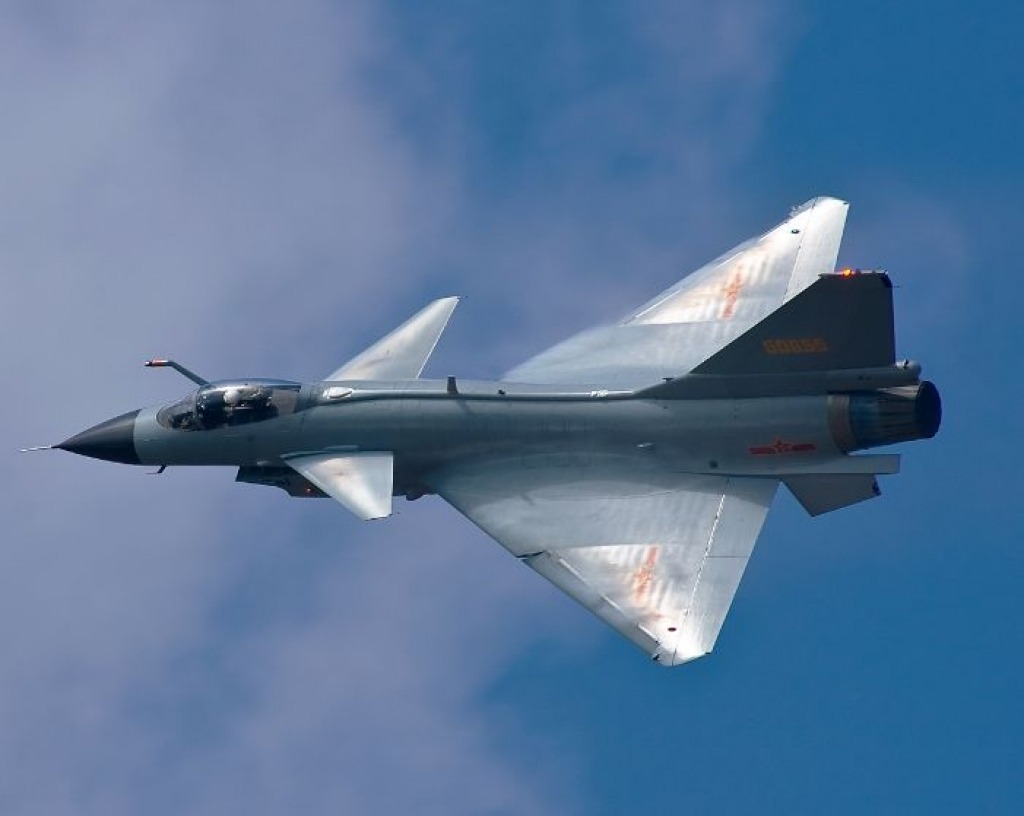 A more powerful and sophisticated J-10 variant, the Super J-10 is equipped with AL-31FN M1 supplied by Saturn Lyulka. The AL-31FN M1 delivers 132.5 kN and is equipped with a full authority digital engine control and four-way rotary exhaust nozzle for vector thrust. 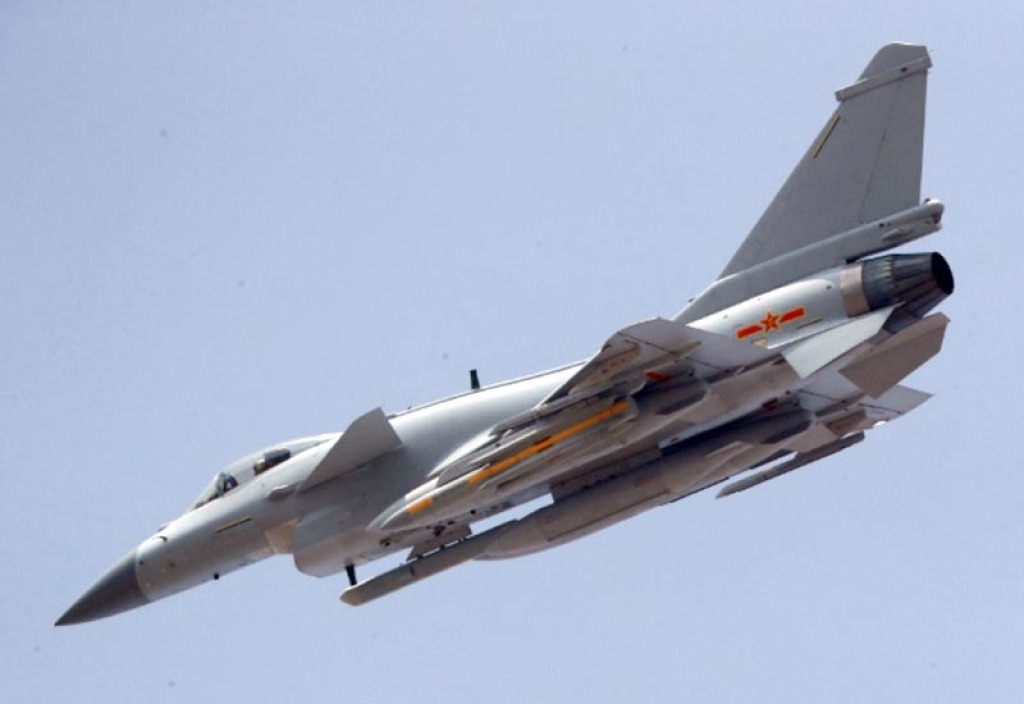 The structure of the Chengdu J-10 fighter is based upon a tail-less delta (triangular planform) wing, foreplanes and vertical tail sweptback. There are two fixed ventral fins that tilt outward (at the bottom of the body) near the tail. The size and design of the J-10 is very identical to the Israeli Aircraft Industries Lavi fighter, while the technology is very comparable to the technology of the USAF F-16 aircraft.

The J-10 fighter is equipped with a tricycle-type landing gear. The nose unit has twin heels and draws back and the main unit pulls forward. This aircraft has a parachute for landing.

The Chengdu J-10 can carry a maximum of 4,950 liters of internal fuel, being composed of 3,180 liters in the wing tank and 1,770 liters in the fuselage tank. The fixed refueling probe for refueling in the aircraft is mounted halfway to the front side of the aircraft port and directly before the pilot. The J-10 air refill stemmed from the Xian H-6U tanker. Additional fuel could be carried in auxiliary tanks in the midline below the fuselage and in the deepest pairs of three sets of wing hooks.

The Chengdu J-10 cockpit is equipped with a zero-zero ejection seat. The fighter has a digital fly-by-wire flight control system and HOTAS (hand-on throttle and stick) control where the pilot has every control for battle that is put into two handles.

The cockpit display includes the sight of a weapon mounted on a helmet, a broad head viewing area and one full color screen and two monochrome liquid crystal multifunction screens. Avionics is served by databus 1553B.

The J-10 fighter is equipped with a forward looking laser and infrared target pod. China Aviation Industry Corporation I (AVIC I) has displayed a J-10 exhibition model equipped with a targeting pod, which will provide the J-10’s ability to use weapons guided by laser and satellite navigation.

The Chengdu J-10 has 11 external hard points: five hard points on the fuselage with one in the center line and a pair of hard lines on each side of the fuselage, and three hard points on each wing. J-10 warplanes may be armed with air-to-air missiles such as Python 3 PL-8, P-11 or PL-12, laser guided bombs, YJ-8K or C-801K anti-ship rocket missiles, C-801K, C ground attack -802 and anti-ship turbojet-powered missiles manufactured by CHETA, YJ-9 anti-radiation missiles, and 23 mm cannons.

PL-12 missiles are manufactured in China under a cooperation agreement with Russia. It uses Russian AA-12 Russian Adder missile technology that is configured with a rocket motor developed by China to provide a stable of 50 miles and Mach 4 speeds.

The price of the most up-to-date Chengdu J-10 fighter jet is US $ 41 Million. Four J-10 fighter jets are exhibited by the 24th AFPLA combat division. Pakistan will receive the first transport version of the J-10, as much as 36 aircraft, in 2015. China and Pakistan have worked closely in the development of other fighter aircraft, the light fighter JF-17 or FC-1.